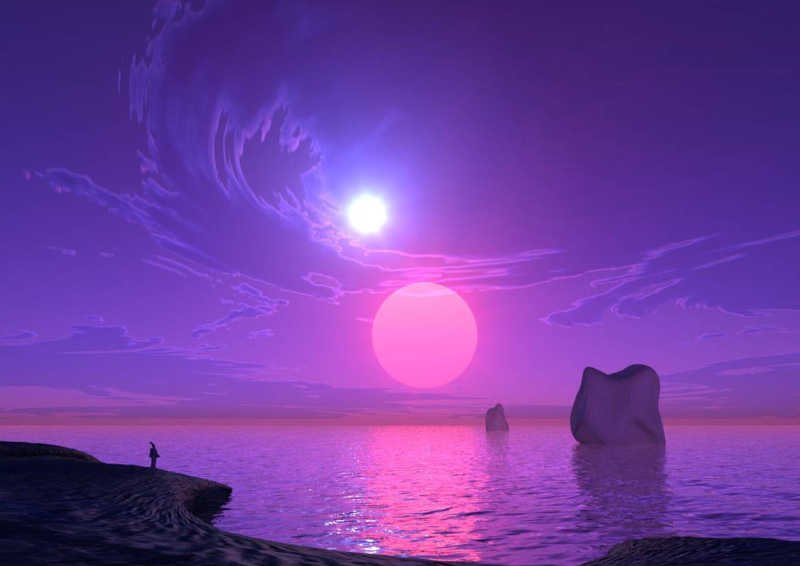 There are many predictions that the Earth will ascend in 2012. Although I am aware we are progressing quite quickly, I have never received or known a specific date for this to occur. However, as we have now lost 9 hrs, 55 minutes and 16 seconds on a day as the Earth increases her light quotient, ascension is definitely well on its way.

My understanding is that it is the 'Earth' that is ascending. Therefore the choice as to when this occurs, will be in the hands of the Earth Mother. There will be a divinely right moment. Earth's ascension is slightly different than most planet's ascensions to the 5th dimension. Usually, the people of a planet and the planet itself are more or less all ready for ascension at the same time in their evolution. This is not the case on Earth, as the Earth is ready but the entire race is not. Therefore, it is she who is choosing to ascend - and she will take with her those humans who are ready.

Anyone not ready, will be guided to other 3d dimensional planets. There they will complete their learning and evolve to a point where they may choose to ascend in their own right.

As she ascends, she will take with her all life forms who are linked to her vibration (divine flow). Simply put - the plant and elemental worlds; insect world, most animals; land and oceans, and all those of the human race who have chosen to live through their heart rather than the head, will be linked with her. Choosing to live through the heart and a place of love causes a person's personal vibration to become lighter/faster which links them to the Earth's frequency.

Light workers are a bit different to this sequence as (because of their level of evolution) they individually increase their light and ascend separately from the Earth. Many ascend ahead of the Earth as they usually go home (or to the banquet!) when they have finished their work here. Lightworkers do not have to wait for the Earth's ascension, as they are not relying on that link to her.

Most lightworkers now are in various advanced stages of cleansing their own lower bodies of dense energy (emotional, physical, mental and lower spiritual) and raising their light frequency in preparation to going home. They are mostly in advanced stages of completing their work. All starseeds are in the last stages of work completion as they were the first to start their work here. As they finish their own role, they often hand over their particular area to other evolved younger Lightworkers who bring their great abilities and light to the projects for a changing society. For example, there may be a group of starseeds who have the role of tearing down a non workable education system and devising a new way to educate. Having done this, they may then hand it over and their role is completed.

Quite a few lightworkers have already finished their work, cleansed their own dense energy, raised their vibration to a level of light and have ascended.

So, as it is the Earth who is ascending, it would be the Earth Mother's right and responsibility to decide her moment of ascension. My guess is that she will do that when she feels that the life forms on Earth have all been reached and been presented with many opportunities to make the choice to go into their heart (and they need to choose to stay there!). Princess Diana's death, 9.11, Hurricane Katrina, the Tsunami, etc. have all presented opportunities for people to move to their heart/compassion. It is felt that most indigenous peoples of Earth are already attuned to the divine flow and so the Earth's focus (via the Light workers) will probably be on reaching people in those societies that are money or power motivated and who tend to live using their head rather than the heart.

So we can get caught up in wondering about the date ascension will happen or we can take another view.

If you find your attention is on the 'when will it happen' you could ask yourself 'why does it matter to me? Do you want to leave? Have you had enough? If your answer is yes, it may be worthwhile checking whether you are really enjoying your life. If there is any tiredness, weariness or apathy present, perhaps you could let these go. (See the website article 'Greatest gift of Love' listed ahead, as to how to achieve that.) Quite often when we continually find ourselves looking ahead to something (a party/holiday/ascension), we are failing to really live in the now.

It can help to see if there is any part of our lives we are not happy with. Check it out ... work, home, furnishings, partner, hobbies, friends, kids (yes, well!.....). Is there something we can change or improve in our life that would make our hearts sing instead of sink. Can we work on bringing more joy to each moment. We may find then that we are so busy having fun, we really don't care when the Earth Mother chooses to ascend or when we are leaving - because we are thoroughly enjoying being right here. 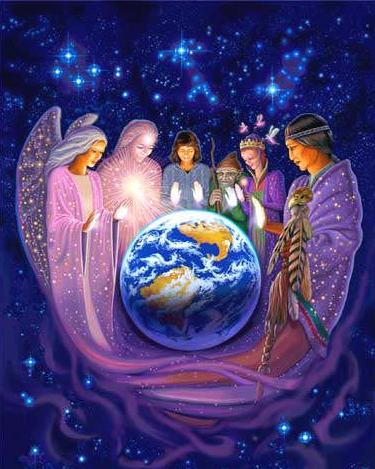